Grappa is like Italy, united in name, but divided in the endless facets of its regions, provinces, cities and people. Depending on the different cases, it can be humble or aristocratic, it can look to the future or to the past, but it is certainly never banal, because in all of its expressions it is the perfect representation of the uniqueness of the Italian spirit.

Grappa – Spirito Italiano recounts the origin of this distillate and includes images of the bottles produced from the early 1930s, when its labelling was regulated, to the late 1950s, when its productive and commercial mass distribution profoundly changed the market.

371 rare collectible Grappas, representing an overview to be savoured visually, as well as being a source of reflection and inspiration for the Grappa of the future.

A meticulous collection of historical bottles and labels that will satisfy the connoisseur and guide the enthusiast towards the discovery of the most Italian of all the distillates. 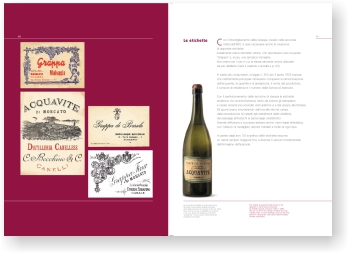 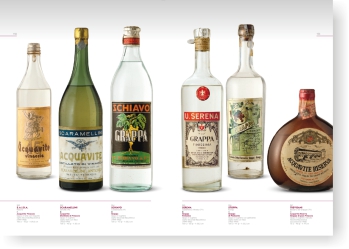 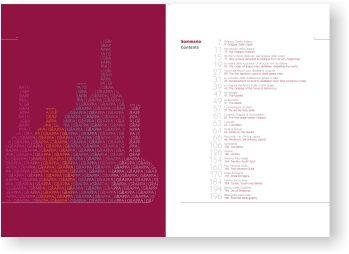 Jacopo Poli was born in Bassano del Grappa in 1963 and was brought up next to the warmth of an alembic.

When he was in elementary school he would help his father in the distillery, and sometimes during history or geography tests he would find it hard to remember the answers.

Since then he has never stopped studying Grappa culture in depth, travelling everywhere to learn about other spirits as well.

In 1993, he founded the Poli Museo della Grappa in Bassano del Grappa, which was followed by the Schiavon (VI) location in 2010.

Along with his sister Barbara, his brothers Giampaolo and Andrea, and his wife Cristina, he furthers a tradition that has one goal:
to help people appreciate the hard work, the tenacity and the love contained inside a bottle of Grappa. The total devotion to an art and its world, without which nothing could ever be achieved.